The following graphic illustrates the process of calling an extraction with SSO via Ticket Issuer: 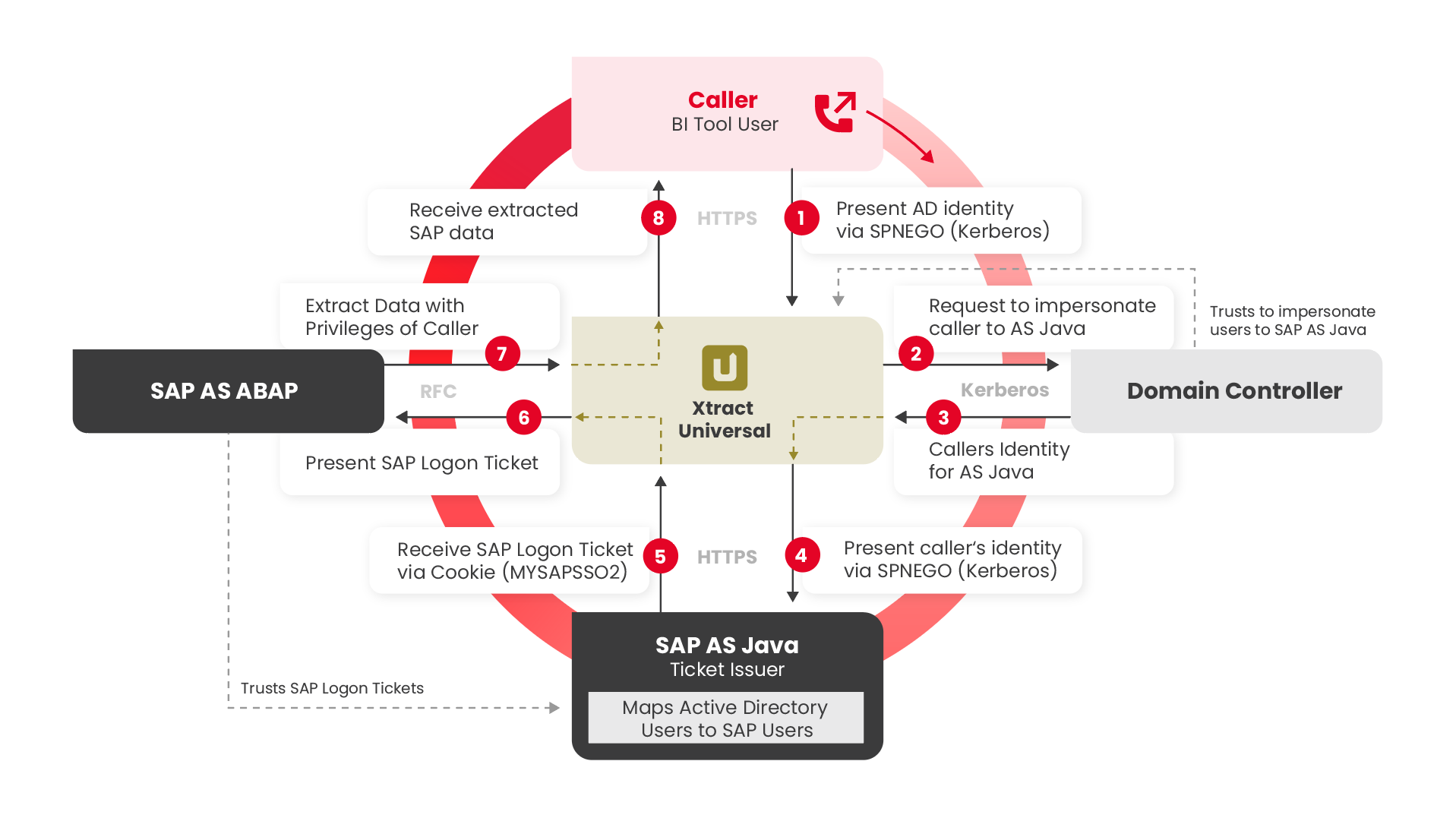