Should you have questions about or issues with the new BWCube component, contact Theobald Software support team.

Note: This article is constantly updated.

Why did we rework the BWCube component? #

BWCube extractions, created with previous versions of the BWCube component should continue to work after an update and after they were converted with ConfigConverter.exe. Also check our general recommendations before installing an update. This appliess to all our products.

Exceptions to that rule, as of current Build: 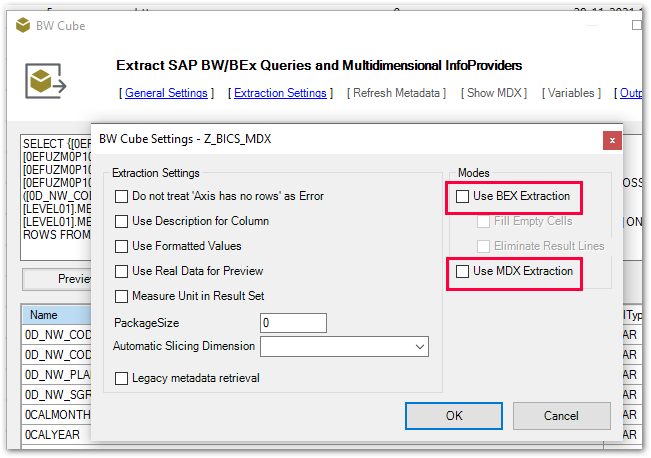 After running the config-converter for those extractions, you would see corresponding entries in the config converter log. 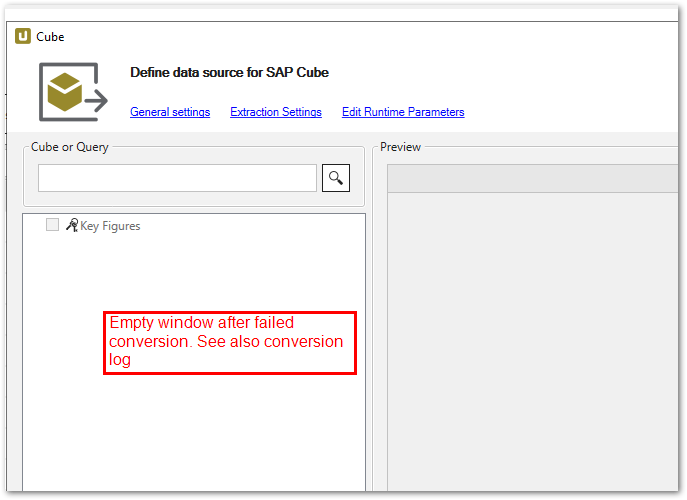 Note: Functionality that was available through BEx or free hand MDX mode is already available or is supposed to be available in the future in the new BW Cube component.

Use Description replaced by ColumNameStyle “Text” # 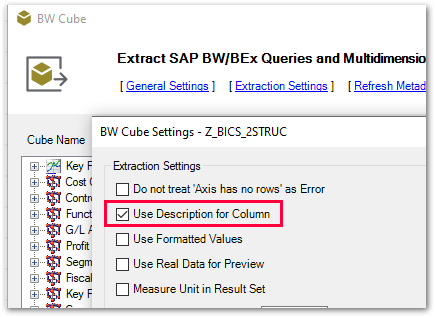 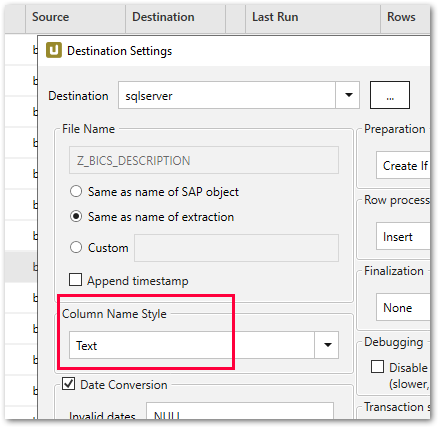 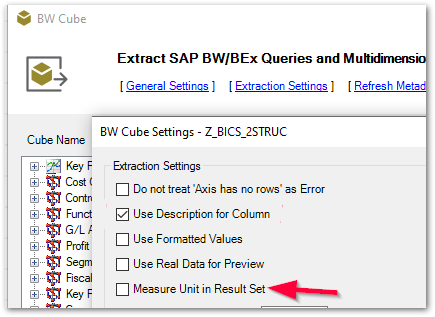 When applying a member filter, the filtered dimension is automatically selected. Member filter supports parameters (equal = and between []) 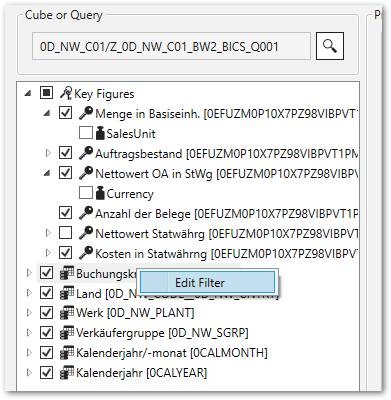 New feature: Limit the number of extracted rows. Only available in MDX mode. Not exposed as a URL parameter. 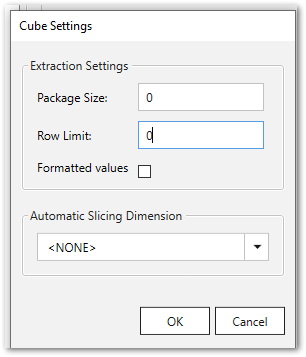 Keep in mind that the new naming convention might affect consecutive workflows. 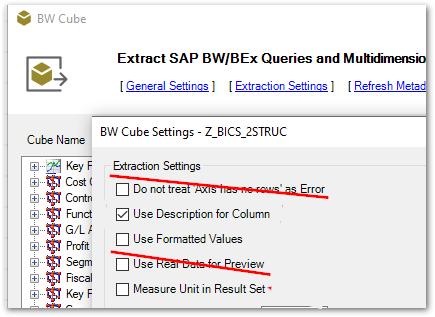 BICS stands for Business Intelligence Consumer Service. It’s the communication interface that SAP’s own BI clients like Analysis for Office use, when querying BW data. It is SAP’s native BI interface. The official interface for 3rd party tools for querying BW is called OLAP BAPI. This interface uses MDX as a query language.

Chances are that data extraction through BICS is faster than through MDX. This would currently be the main reason why you would be using BICS. The BICS mode is also meant as a replacement of the previous Bex 3.x mode.

Note: BICS is currently running in beta mode. You may be stumbling over bugs or missing functionality. In this case, contact Theobald Software support.

Run this report if the BICS mode does not display any metadata. Send the output of this report to the Theobald Software support team for further analysis.

Note: The option to run this report is only visible in the Extraction or Cube Settings after BICS mode was selected and a metadata lookup was performed. 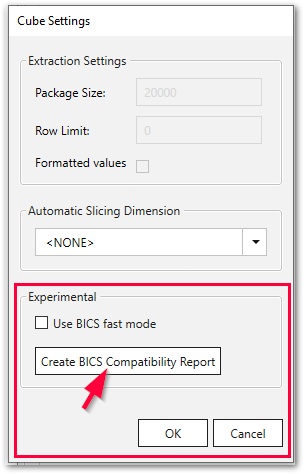 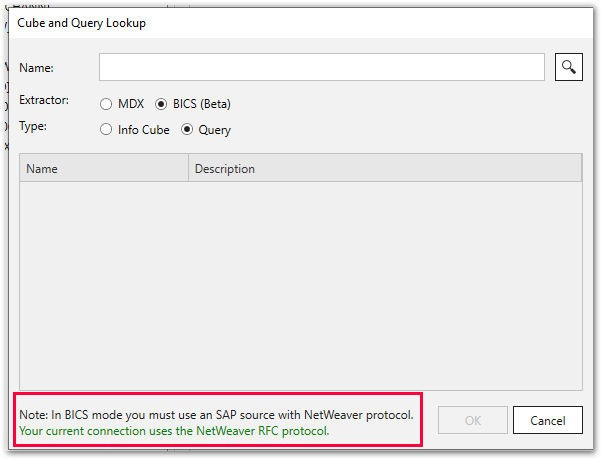